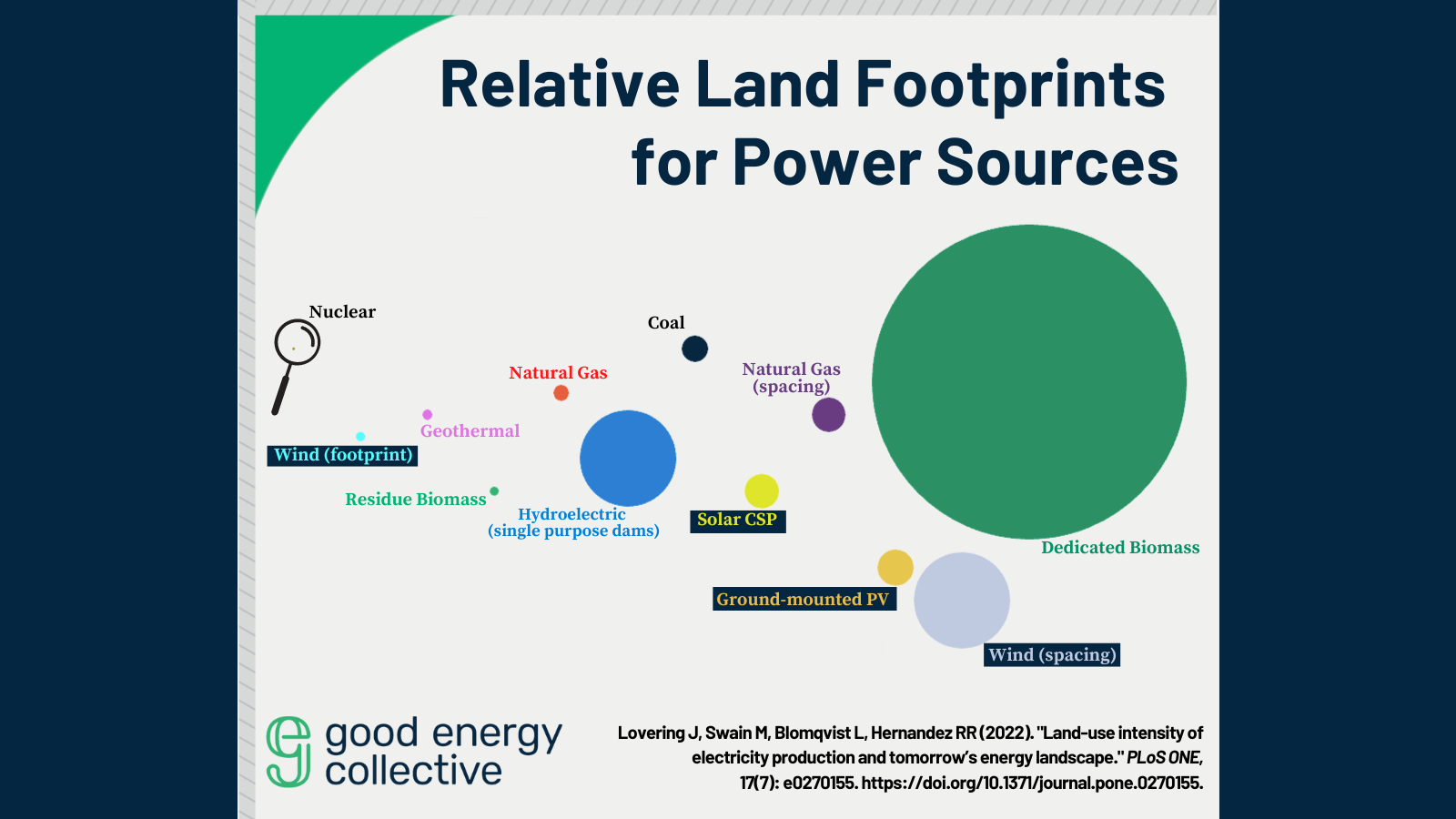 The study’s results show that despite widely held assumptions, several clean energy options, including nuclear, have a small land footprint.

On July 6, Jessica Lovering and her co-authors Marian Swain, Linus Blomqvist, and Rebecca R. Hernandez published the research paper "Land-Use Intensity of Electricity Production and Tomorrow’s Energy" Landscape in PLOS ONE. After conducting the first-ever comprehensive study of the land occupied by power generation across all technologies using real-world data, the researchers found that several clean energy technologies available today have a relatively small land footprint.

“While there is often an assumption that transitioning to clean energy will require significantly more land disturbance, our results find several options that are both low-carbon and low-land use, including nuclear, geothermal, and integrated solar,” said Lovering.

Previously, land-use studies only relied on single-case studies of individual power plants or hypothetical/modeled power generation. Here, the researchers aggregated and standardized land-use data from dozens of studies, public databases, and original geospatial analyses for under-studied technologies like nuclear and wind. Their comprehensive examination of land-use intensity of energy (LUIE) indicated significant variations within and between technologies. While nuclear averages 7.1 hectares (ha), which equals approximately 20 football fields, dedicated biomass averages 58,000ha, or about 14,000 football fields. Meanwhile, the LUIE for hydroelectric ranges from less than 0.1ha per TWh to over 2.5 million ha per TWh.

“Rather than just focusing on carbon emissions, policy-makers thinking about the future of our energy mix should look more holistically at different metrics, including land-use intensity, to measure the impact of power generation on the environment,” said Lovering.

PLOS ONE is an open-access journal which allows the findings to be used by decision-makers and integrated into future energy models. Lovering, Swain, and Blomqvist completed the bulk of their work for this piece while employed with the Breakthrough Institute. Rebecca R. Hernandez is an interdisciplinary ecologist in the Department of Land, Air and Water Resources at the University of California Davis.

Jessica Lovering is available for additional comment and background on this research paper.

Our Statement on Rep. Mike Levin's (CA-49) Introduction of the NRC Office of Public Engagement and Participation Act of 2022

"We appreciate Rep. Mike Levin’s commitment to making sure our country’s nuclear regulators can be a supportive community partner going forward.”